The South Coast in East Sussex has stunning views and is one of the best places to propose in Eastbourne. A proposal I recently photographed – and am featuring in this post – was no exception!

I absolutely adore the Belle Tout Lighthouse engagement photos we took after E asked Y for her hand in marriage. I’ll share more on how he asked later in this post!

This area of Seven Sisters is not far from Eastbourne. Probably about another 10 minutes west of the Seven Sisters car park – but it is well worth the extra trip. From the Beachy Head car park you get immediate access to the top of cliffs. If you look to your left you’ll see Eastbourne Pier and within a few minutes walking to your right, you’ll see the Beachy Head Lighthouse below the white cliffs.

But what makes this walk truly stunning is the Belle Tout Lighthouse in the distance, especially as the sun starts to go down in the evening. It takes less than 30 minutes to walk from Beachy Head Lighthouse to Belle Tout Lighthouse, and then if you want to keep walking, it’s another 15 minutes or so to Birling Gap. If I had to guess, I’d say it’s about an hour walk between Beachy Head and iconic Seven Sisters Cliffs.

With that said, if you’re looking for a perfect spot a little closer to the iconic Seven Sisters view from Cuckmere Haven, I can recommend somewhere else.

The view between Hope Gap and the Coast Guard Cottages is gorgeous! So either starting or finishing near Hope Gap is a great choice if Beachy Head doesn’t work for some reason. Just make sure you’re on the other side of the river – you’ll have to follow the path leading from the Cuckmere pub car park. You can sometimes cross at low tide, but it depends on a lot of factors.

With the sunsetting, Beachy Head is perfect for an evening walk and romantic proposal (check out this blog to see what I mean)l. It also makes for a fantastic place to set up a picnic!

But a proposal in the afternoon is just as lush, just keep scrolling to see what I mean!

How he asked and why he hired a photographer

When Y made plans to return home and visit her family, E knew he needed to propose. They had been living together for a year, and during that time, Y had been getting lots of questions from family about when they would get engaged. Being Russian, her family had traditional views on how things were to be done.

So while he was planning to propose and had a ring on the way, he needed to propose sooner than planned. And then when plans fell through for a romantic London proposal, E decided Seven Sisters and a placeholder ring was the next best thing.

Especially since Y had suggested the trip! E knew she wouldn’t suspect a thing! Though he did have to convince her to go to Beachy Head instead of the iconic views she’d originally had her heart set on. Thankfully, the pictures online can do the talking.

So with that in mind, E set about looking for the best spot to propose, and perhaps like you, stumbled across my proposal photography.

He instantly knew having me there would make the moment special for his other half. Y treasures pictures, but E has always hated being in photographs and constantly avoids them.

So while Y cried when E proposed, she completely lost it when she realised E had hired me to have their proposal photographed. There was a new flood of tears, lots of kisses, and a thousand thank yous.

As a wedding photographer for over 15 years, I’ve developed a gift for documenting memories unobtrusively and enhancing moments. These skills also enable me to help execute the perfect proposal.

I’ll help you choose the perfect location, develop your cover story, and even text in code to ensure it all remains a surprise.
If you’re interested in having proposal photography, head on over to this page to find out more.

Till next time,
Kelsie

Kelsie Scully Photography is a proposal photographer in Sussex, London, Surrey and Kent. That said, she’s also been known to travel to places like the South of France to document surprise proposals! 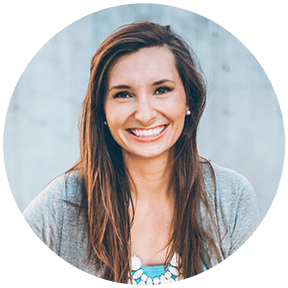 The most beautiful thing about Zoe and Byron's wed